This question and answer is from the March Ear Talk webinar with Value Hearing founder Christo Fourie. You can find the full presentation on YouTube. If you would like to have your question answered live, leave a comment below RSVP to the next webinar which is on the first Wednesday of the month at 11am AEST.

Bluetooth is quite a nice feature in hearing aids but it's also quite bugbear for many people because of the technicalities involved.

So today I'm just going to try and explain that in simpler terms if possible and hopefully address most of your issues.

When it comes to troubleshooting, there's a few things you can do. A lot of this troubleshooting I’ll be going through is similar between different devices

A common issue is the hearing aid is not pairing to your phone. It might have been paired in the past, and you're trying to pair it again, and it's not working.

Typically that revolves around a few issues.

The first is the interference.

Sometimes the phone, being a computer, gets so many apps running and the memory gets corrupt and it's not working properly. Things get a little bit skewed.

Sometimes all it takes is physically turning off your phone. Not just the button that makes it go to sleep, but hold the button, so it tells you power off.

Then turn it back on just to clear memory so that's typically something to try.

The other thing you can try, if you've previously paired the devices, is go into your Bluetooth setting and ‘forget the Bluetooth devices’ and then simply re-pair them.

If something got corrupted in the settings, or the connection it won't work, clearing those will inevitably help, unless there's an issue with your phone. 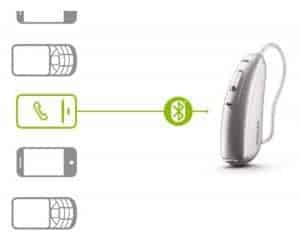 Hearing aids not connecting is a different issue. That means you've got a pairing, so the hearing aids are listening, but you're not connecting. You're not getting a streaming signal through, or apps not working.

Similar solution here: always make sure you turn your phone off and back on.

It's worthwhile turning your hearing aids off and back on.

It's not something I need to do very often. It's just once in a blue moon but that's typically the first step you'll take.

The second thing is making sure your hearing aids aren't actively connected to another device.

A lot of the questions I saw were, ‘I can connect to my phone and my iPad but I've got trouble connecting to my laptop’, and it's simply because you can have eight connections, in the Phonak Paradise, but only two active devices.

Another thing is, if one is actually streaming, so you're on your phone, say on a video app, then it's not going to connect to another device.

Make sure you are fairly close to the device.

Turn the hearing aids off and back on.

Sometimes it just takes pushing the button so you switch back to the automatic on Phonak and it will connect.

Again, just being aware of how the technology works can help troubleshoot a bit.

And that's why I say it's not a perfect technology, although it's a really nice technology. 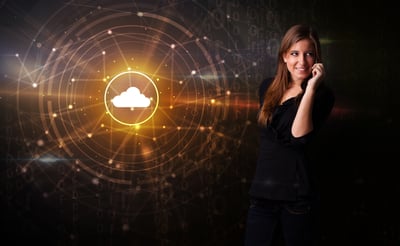 Interference is another common one. We tend to see that more-so with the older technologies - your Marvel or your older made-for-iPhone devices - than the newer ones because each generation, the radio gets improved, the usage of the radio, the protocols can improve but typically what that results in is the sound crackling, particularly on phone calls.

That is particularly a problem with iPhone and Bluetooth Classic which is Sonova Phonak and Unitron, so with those devices all you need to do is in the app, change from ‘adaptive protocol’ to ‘fixed protocol’.

Adaptive basically means it gives you more bandwidth so the sound quality improves and reduces as there's room to move it but iPhone particularly all 10 and 11 12 don't deal with that very well. So, in that case, just put it on fixed bandwidth and that fixes the issue.

Other causes for interference, crackling up, could be range. I found that particularly with my Marvels, not so much my Paradise, going to shopping centres, I have streaming going. I walk into a shopping centre where there's a lot of WI-FI, a lot of fluoro lights, and things.

Everything is working in that same frequency and it would crackle or break up. In those cases, you can physically just move your phone closer to your hearing aids and that resolves that issue.

And that's the same issue with the breaking up. In that case particularly if your phone's right in your pocket, and it's more an issue of Phonak. Because with Phonak you've got one master ear which is typically the right. So if you've got your phone in your left pocket and in a place with a lot of interference, this might break up which then breaks up both hearing aids.

With Made-For-iPhone and ASHA, it's not such a big issue because each hearing aid has its own low energy so lower sound quality connection that's a little bit more stable for those things which means only one ear will break up, but not the other one.

But you want to have both working, so just bring the phone more central.

Sometimes just holding in your hand can help all those sort of things.

So, be aware of the environment.

And that could also be a problem with the TV connectors.

With TV connectors, typically you’d put your TV connector right underneath the television. Most of the electronics of the TV actually sits right there, so if the electronics from the TV is too close to the connector, there's a lot of radio waves it needs to deal with which can skew the sound waves coming, or the radio waves coming out, and cause connection issues, cause distance issues, and cause interference.

So, simply just move your TV connector away from the TV or a different position away from a wi-fi router and you should see that improve dramatically.

Sound quality very much comes into the interference part as well, and the breaking up part as well.

Sometimes you can get these sort of little interruptions that tend to be temporary. If it's a permanent thing, again, turn off your phone.

It could be a bit of distortion or corruption of the protocol that's just causing a bit of an issue there.

If it persists, then it might be something wrong with the hearing aid which we need to look at.

The range. Once again comes this back to this interference radio wave; everything mixing together. So as I mentioned,  it's particularly going to come into play with the phone when you're streaming and you're driving past traffic lights, or walking in a shopping center, or somewhere where there's a lot of radio interference.

In those cases, just move the phone closer to you; Move the TV connector and just be aware of what's going on in your environment as well, because that will affect range. Same thing if I stream audio and walk to the kitchen. There's a wall, it breaks off as soon as I go past that wall. So you might find if that's something you do consistently, move your TV  unit more towards that wall so it can get a little bit further past that wall to help you with that sort of thing.

As I mentioned above, quite a bugbear but this is a  simple one to fix - just turn off the slider so your phone is in that silent mode, or you can go into the settings and turn off notifications for certain things which will stop the beeping and stop the hearing aid from sort of being quiet as soon as you get a text notification or something like.