Getting the best out of video calls

In this video, Emma discusses video calls and how to communicate successfully. While particularly useful for those that are hearing-impaired, the tips discussed in this video are relevant to anyone who uses video conferencing, whether it be via FaceTime, Skype, Zoom or more.

In today's video, I'm going to give you some tips to share with your friends and family when communicating via video calls.

The reason we're making this video is simply because so many of us in Australia are in lockdown, and some of us have been in lockdown for months, so we're relying on things like video calls to communicate with our friends and family.

We felt it pertinent to give you some communication tactics that you can use, but you can also share with your friends and family.

Having a video call is much nicer than a phone call in many ways in that we can see each other's faces and we can have those visual cues, which to a certain extent, help with the communication.

But the audio quality and even the video quality is not always fantastic, so it can make understanding of the speech coming through that video call a little tricky at times for all of us, not just for those of us with hearing loss. Even for those of us with normal hearing, it's quite tricky, so I think everyone will appreciate these tips.

So, number one, please keep the camera steady.

Those people who are walking around the street holding their phones up, having conversations while they're multitasking aren't doing anyone any favours for good communication.

The camera really needs to be steady, not bouncing around, so ideally prop it up on a solid surface. It will make everyone's life so much easier to not have a face bouncing all over the screen, to be able to read the lips a little bit better,and see the facial expressions. 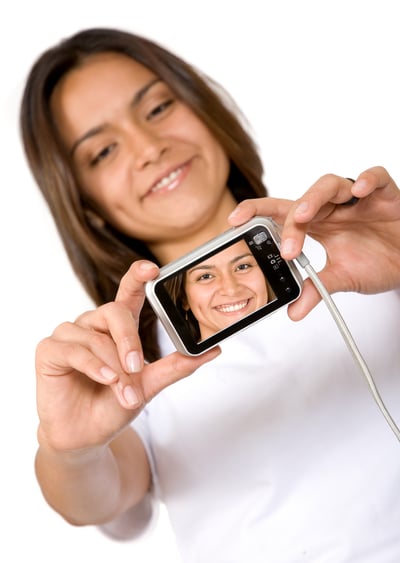 “I’m ready for my close up, Mr de Mille”

Number two: try and make sure your face is close enough to the camera.

Don't have your face way back at the other end of the room from where the camera is. You really want to be nice and close to the camera so people can actually see your lips and, again, read your expressions.

Don't have a room that's too bright. You don't want the sun shining in your face. You certainly don't want a light behind your head, shining onto the camera. It will make seeing each other's faces really, really tricky.

So, just nice natural lighting, nothing too bright but definitely not too dark either, so don't be in a really dark room with just a lamp on, that will obviously make it very difficult to see each other's lips and faces.

Now this is not always possible.

Many of us are having big conference calls with family members from lots of different homes at the same time, but if possible, make some of your calls in smaller groups, it will make communication much easier for everyone.

If there's only two or three people on the call at the same time, it will be much easier to understand what's being said and keep up the conversation rather than if there's 20 or 30.

Better the bandwidth, the better the call

Obviously it's not always avoidable, but it is ideal if you can check that you've got the fastest bandwidth you can access.

Find the best spot in the house for the W-FI reception. For example, sometimes WI-FI isn't as good as the mobile network, so check and see which one has the fastest bandwidth. This will make a huge huge difference to the quality of the audio, and also the visual cues that you'll be getting.

For example, sitting out in the garden on a video call is nice, but if you're not getting the best reception, you're not really giving the best chance for everyone to hear and understand what's being said as well as possible . 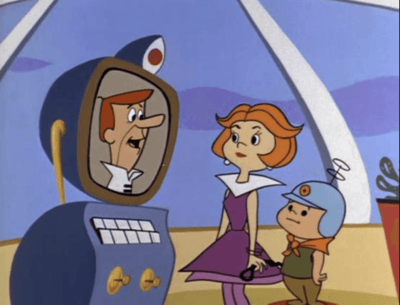 Now this one's very idealistic, but if possible, if there's a group of you together and someone's doing most of the talking, for that minute or two if everyone else should mute their microphone.

It will really clean the signal up Believe it or no, although you may be in a really quiet room, the microphone on your phone will be picking up all sorts of sounds around you and that can be really, really distracting.

So ask if everyone who isn't speaking, mute their microphone and, when they begin to speak, then you'll notice the signal is so much cleaner.

Another idealistic one here, but it can work with a bit of practice is if everyone can speak one person at a time - that is ideal.

There will be times where accidentally people talk over each other with delays and whatnot, on video chat, but ideally if people can take a breath and just speak one person at a time, in general it will make it much easier for everyone to hear the conversation, and also keep up with the topics as they change.

It's a habit that we can build. It takes a bit of practice but it really really makes it less tiresome to communicate in groups on video calls.

And then there's the obvious ones, which are communication tactics that we give you for just day-to-day conversations even in-person such as asking the person you're speaking with to speak slowly and clearly.

Ask that, rather than shouting at the camera, if they can just slow it down a little bit and speak a bit more clearly.

If they're saying something, and they've said it a few times now, and you still haven't been able to understand what they've said, ask them to rephrase it to just find a different way to ask that question or explain that concept.

You'll find your brain will be able to make more sense of it then. Saying the same thing over and over again often doesn't work. Rephrasing can make it much much easier. 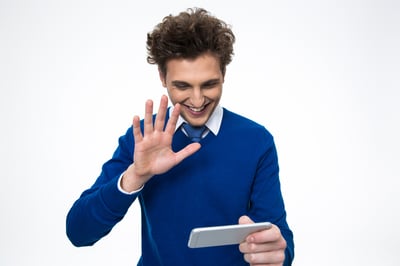 And just a little bonus tip: if you are going to be communicating on video calls for quite a long time, which most of us will, you can actually purchase lapel microphones you can plug into your mobile phone at a pretty low cost - seriously, five or ten dollar microphones can be fantastic and it just gives you so much better sound quality.

It's quite phenomenal the difference, and it picks up much less noise around you as well.

So a lapel mic could be a handy something to look at and consider if you're going to be on video calls a lot.

Look, I hope this helps you a little bit through these difficult times in Australia, everything helps.

It's so important that we still keep in touch with our friends and family. Video calls can be tiring, but with these tips it may make it just a little bit easier for everybody.