Phonak Roger: What Is It?

In this video, Value Hearing clinical audiologist Emma discusses Phonak's Roger, a remote microphone that improves hearing in challenging situations such as noisy restaurants, reverberant environments, over distance and more. Emma talks about the pro's and con's and who might benefit from Roger.

I'm a clinical audiologist and in today's video I am going to talk about Roger.

So, Roger is, I think, an amazing system that was released back in 2013 by Phonak, and essentially Roger was the replacement for their FM systems that they'd been using as assistive listening devices with hearing.

And Roger is quite a big family. 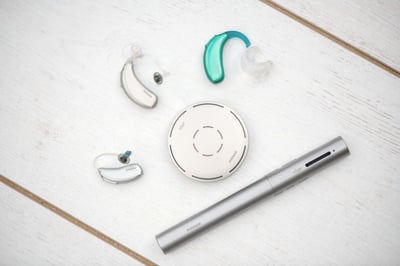 Today I just want to talk about Roger in general.

Roger is essentially, very, very simply put, is a remote microphone system. It's a system that you will connect wirelessly to your hearing aids or your cochlear implants - think of it like your third ear which you can place anywhere you want to hear better. So, you'll have your two ears here and you'll have this third ear that you can place, perhaps around the neck off the person you're on for dinner with, perhaps you'll put it in the middle off the table in a noisy restaurant, perhaps you'll point it at the group of people you're trying to communicate with, or perhaps you'll put it up on a lectern in a lecture theatre at university.

Essentially it's similar - it works on a 2.4 gigahertz signal just like the other remote microphones out there and like Bluetooth - but it is more advanced.

It's got this advanced signal processing and it's also really adaptive in a way that the others are not - so it's adapting to changes in the noise around you and it's also adapting to the direction of the speech that's coming towards it.

It's pretty advanced in the sense that it is trying to cleanse the signal as much as possible, where you've placed it, before it sends it to your hearing aids.

Why Is It Called Roger?

It may be interesting for you guys to know why it's called Roger.

And in fact, according to Phonak Australia the story behind Roger was that it was specifically designed by Phonak Communications for SEAL Team Six in the US - the same SEAL Team Six that were tracking down Osama bin Laden when they took him out.

They needed a really good communication system that was not going to be easily hacked and also it needed to be really clean in its sound quality for distance and noise being an issue - so that's where it came from.

Once they were finished with that Phonak Communications retain access to this system and that's how we came about with Roger for hearing aid use or cochlear implant use.

Who Should Use Roger? 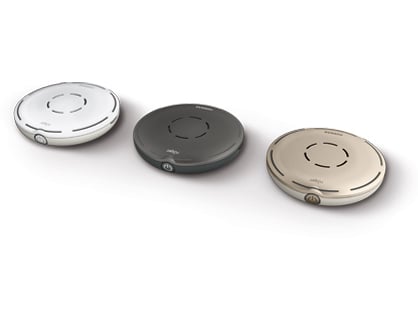 "Who needs it?", you're probably asking.

Look, it's essentially anyone with hearing aids or implants who feel that they need to hear even better in background noise, or even better in situations where distance is involved.

Where Roger is good is where hearing aids find the most challenge.

Hearing aids, as fantastic as they are, and continue to improve, we do know that hearing aids will struggle when there's extreme noise.

Hearing aids have definitely improved over the years in supporting people in this environment, but it's still very, very challenging.

Those are the three situations that I feel is where Roger can really step in and enhance the hearing aids.

There's been a fair bit of research done into Roger, most of it with Phonak behind it but still we have fitted a lot of Roger in our clinics and we feel that the the evidence that Phonak presents is pretty reflective of what we see in our clinics the research has indicated when we use hearing aids and Roger there seems to be a 6:1 improvement of speech understanding in a group in noise when compared to using hearing aids alone.

The same research study actually showed that these people wearing hearing aids on Roger actually heard 10 times better than normal hearing people in the same situation - that situation being in a group in background noise.

So essentially, in a restaurant with your hearing aids and roger, you would actually hear 10 times better than someone with normal hearing sat at the same table. That's pretty compelling and we do hear a lot of this feedback in our clinics.

Can be compatible with other manufacturer's hearing aids

As I mentioned before, there are lots of things that make Roger unique when compared to the remote microphones available from the other hearing aid manufacturers one of them being that Phonak have actually designed Roger to work most simply with their own hearing aids and own products  - their own cochlear implants as well. However they can be fitted to almost all hearing aids in the market so if you've got an Oticon, a Widex a Starkey, there's a good chance that you'll be able to connect in with a Roger device.

Definitely talk to your audiologist about that if you're interested. Essentially if your hearing aids are wireless and/or have a telecoil, you should be able to access a Roger device in some way. The same goes with cochlear implants.

Phonak have made sure that most cochlear implant speech processors out there at the moment will be compatible with a Phonak Roger in some way and, like I mentioned earlier, it comes in lots of different formats.

What are the limitations?

Now you may be wondering about all of this positivity. Are there any negatives to Roger? Or drawbacks? Limitations? Well, of course there are.

Not everyone comes in raving and saying Roger's completely changed their lives - a lot do, but not everyone does. It's not for everybody.

There's a bit of experimentation about where to place Roger - you know the optimum place at the dinner table or in specific restaurants. Iit does require some effort.

There is obviously an extra cost as well.

Funding for workers in Australia

Here in Australia, if you're working and you feel that Roger may help you function better at work, which obviously for many of us it would, then there is some funding available for you.

It's called Job Access. Talk to your audiologist about it and they should be able to give you some guidance on this. There's definitely good funding available here in Australia for devices like Roger or any other device that would help you hear better in the workplace.

To find out more on the cost of Roger there'll be a link in the description below to our website with all the prices for the Roger devices.

I don't know a lot about it but in the US, I do know there's also funding available, so definitely talk to your audiologist about that.

I'm sorry for the other countries UK etc, I'm not sure best thing to do is talk to your audiologist.

Getting Used To Roger 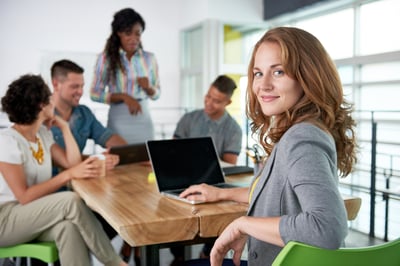 Another disadvantage that some of my clients will report is that they don't feel comfortable with some of the Rogers.

It requires you to point at people, for example, and not everyone wants to do that.

Some of the other Rogers are more subtle in that you can just put them in the middle of the table, but obviously you don't always have a surface that you can put the Roger down on, so there will be unfortunately some situations where you may feel that Roger is just not appropriate.

We have more videos on the individual Roger devices coming and we have already got quite a few on our YouTube channel so definitely have a look at those to educate yourself a bit more.

But if you're interested in Roger, definitely have a chat to your audiologist about your specific situation to figure out if Roger could work with your hearing aids and if it would help you.

Just like when we are offering hearing aids to our clients, you really should ideally be offered a trial of Roger devices as well. You should have a return period after you've purchased it - you can try it for say, two or three weeks and then, if you feel that it isn't going to fit in with your lifestyle, or it isn't helpful enough then you can return it to your audiologist.

It's very, very good to actually try this for yourself and see how it works for you. Phonak also have some really great information on their website so we will put a link to that in the description below and they also have a lovely tool that will help you figure out what would be the best Roger for you.