The following blog post is a transcript from our video, What is Earwax? You can find plenty of current and useful information on our Value Hearing YouTube Channel.

Hi there, welcome back to Value Hearing’s YouTube channel. I'm Emma, I'm a clinical audiologist, and today I'm going to talk to you about cerumen. So, cerumen is ear wax, yes earwax,  a topic that comes up every day in a clinic as an audiologist.

Most people do not understand earwax. It's a completely misunderstood substance and it's actually pretty cool.

We all make earwax and it is for a very good reason. Wax is actually an impressive substance that helps keep our ears nice and moist. It actually is antibacterial and antimicrobial so it'll kill off potential infections.

In fact, fun fact, there are tribal communities in Africa that collect earwax and use it to treat cuts and wounds and I found out recently they actually use it as lip balm as well. So, it does have its purpose.

It also traps insects as well so that's obviously not something we need to worry about as often in modern day society but it does stop things like moths, bees and ants and things getting in there. And I have personally seen a moth in someone's ear so it does happen.

The wax can trap it and kill it and stop it from doing any real damage so we want to have wax in our ears and it's actually pretty cool the way it's developed.

It's a mixture of sebum and some substance that is released from the ceruminous glands in the ear and sweat and dust and skin. Essentially what happens when you develop some wax, it doesn't stay there forever, hopefully that's not the plan. 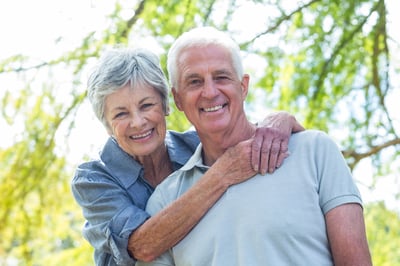 As you're talking and chewing and smiling, it's actually causing the wax to work its way out of the ear and the skin and the ear canal. Imagine it a little bit like your fingernail  -  it grows outwards and it carries that wax with it, but the more you're chewing and talking, it causes this kind of centrifugal motion and the wax works its way out and eventually it comes to the edge of the ear and out it goes.

You'll have probably heard the old, cheesy, cheesy advice of ‘don't put anything smaller than your elbow in your ear’ and that is the reason because the wax is coming out. If you go and put something in there, you push the wax back in and then it will take longer to come out again or may not come out without help.

So, obviously sometimes wax does not work its way out or you make it so quickly that it blocks the ear and that's when you probably do need to have the wax removed. It can cause a significant hearing loss in some cases and if you're a hearing aid wearer, then obviously it can cause a lot of trouble with the hearing aid.

You should get it removed but that should be done by a medical professional, so either us audiologists or go see your doctor and a doctor or nurse at your local practice will be able to remove it.

How to clean earwax

Here at Value Hearing, and most audiologists nowadays, will remove it under microscope using a little curette or they'll use something called microsuction which is like a little teeny tiny vacuum cleaner for your ears.

It works incredibly well and is very safe if performed properly with someone who's trained on it of course, but it's really really good way of removing wax but unless the wax is causing problems, be it with a hearing aid or causing the hearing loss, you should really just absolutely leave it alone.

Of course you can use a wipe or a wet cloth to wipe around the edge of your ear but don't go into the ear that is definitely not recommended.

They do find that certain cultures make a dryer wax, or very flaky wax and some of us make more sticky dark wax. 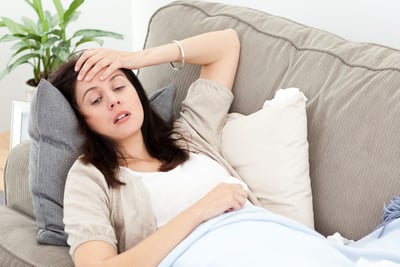 Wax does tend to change colour. In fact, it often will get darker as it gets older just because there's more dirt in it. Sometimes wax can be different colours if we've had infections or whatnot happening as well.

I wouldn't worry too much about that. Wax is wax and it’s trying to do the same thing. And it's good for your ears, so who cares what it looks like! Just leave it there.

Another pretty cool interesting fact about wax is that it can actually be developed by the body when your immune system is running on high. So if your bit rundown or if people are really stressed, they can make a lot more wax.

So, that's pretty interesting if you're wondering why all of a sudden you've started making more wax than ever, then it can often be a sign that maybe you've been on well or that you've been particularly stressed.

Now, what we do find is that when people start wearing earplugs or they start wearing earphones, or hearing aids for that matter of course, that the wax doesn't come out as easily, obviously, because you're blocking the ear so that whole motion of the wax working its way out of the ear is plugged up.

We do find that people who wear something in the ear continuously do sometimes need to have wax removed more often. The other thing that we believe is happening is that the ear is treating the hearing aid or that new object in your ear as a foreign object and is wanting to kill it off, so it makes more wax in order to try and to protect itself.

We do find usually with hearing aid wearers, that sometimes this mechanism settles and they make less wax as the body gets used to having something in the ear.

So there you have it, leave the wax in your ear please.

Yes you can wipe the very outside of it. But as cheesy as it is, ‘do not put something smaller than your elbow in your ear’. It is just too risky we do not want you perforating your eardrum or abrading your ear canal.

Tagged under: About Hearing, Ear Wax