How Do Hearing Aids Help With Tinnitus?

Hearing aids can definitely improve hearing, but what about tinnitus?

Can hearing aids help cure tinnitus? The short answer: no, nothing cures tinnitus (because is a very normal brain pattern, enhancing an unimportant sound - so it technically does not require a cure)

However, they can help tremendously reduce the impact of the annoyance caused by it.

Before going into exactly how hearing aids help with tinnitus, it’s necessary to understand what can causes it in the first instance.

Hearing loss can occur as a result of damage to hair cells in the cochlea of the inner ear, leading to sensorineural (irreversible/permanent) hearing loss. Hair cells usually begin to deteriorate as you age but deterioration can occur for other reasons, including unprotected exposure to loud noise, or some more serious causes such as Meniere’s disease or a tumour on the hearing nerve.

However, not all hearing losses are sensorineural.

Problems with the outer or middle parts of the ear can lead to a conductive hearing loss (loss of hearing without the damage to the hair cells). Some conductive losses can be treated medically, with tinnitus reducing or stopping with treatment once the cause of the hearing loss has been addressed.

Certain drugs can also cause tinnitus. Many patient information leaflets included with medications list tinnitus as a potential side effect, yet the number of drugs that genuinely cause tinnitus is less than 1 in 1000. In most cases, noises induced by these disappears once you stop taking the medication. Drugs that do cause ringing usually only do so if taken in unusually large doses. These drugs include aspirin, quinine, aminoglycoside antibiotics, cytotoxic drugs and diuretics. If you do notice noises in your head as a result of taking certain medications, always consult a medical professional before stopping treatment.

Other reported causes of tinnitus can include trauma to the head or neck (whiplash, skull fracture, concussion etc), heart problems, strokes, thyroid disease, stress, diabetes, multiple sclerosis and TMJ disorder. The conditions can affect the nerves.

As such it is always recommended to undergo a comprehensive hearing assessment when you experience any noises in your ears or head. This will rule out any more concerning medical conditions.

In the simplest terms tinnitus is a noise you hear in your head that is not coming from the outside. It can vary from ringing, buzzing, humming, ocean noise, cicadas etc. and even music.

With head noises, the nerves supplying your ear are concerned with hearing. So the background nerve activity is perceived as noise. When you have hearing loss, your ability to hear the soft parts of certain pitches is reduced, more than others.

In essence, your hearing loss allows you to hear quiet sooner. When there is no outside input, you hear the noise of the nerves firing softly at random in your head. 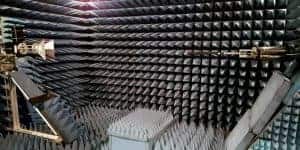 Anechoic chamber, likely to induce tinnitus in those who never heard it before.

So you end up finding yourself in quiet for these pitches sooner than for other pitches. That is why the noise you hear in your head tends to be most similar to the pitch where your hearing loss is greatest.

The cause of the hearing loss or nerve impairment is irrelevant. The effect is the same in that it gives you the opportunity to hear the noise in your head.

Studies in the past confirmed that every single person can hear tinnitus under the right circumstances. For instance, studies were done with young adults, who had never had any noises in their head before. Each in turn was placed in an extremely sound proof environment. After only a few minutes the majority of them experienced noises in their ears. The noise ceased as soon as they left the soundproof room. So everyone has tinnitus, but not everyone has the opportunity to hear it under normal day-to-day conditions.

The effect of emotions on annoyance 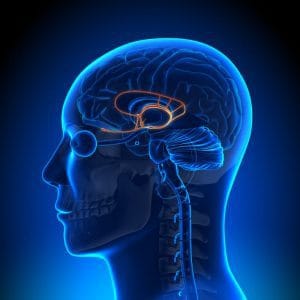 Research has shown that the tinnitus sound itself isn’t the cause of the annoyance; rather it’s how we react to the sound that causes distress.

Not everyone with hearing loss is bothered by tinnitus. Some people with profound deafness, who should hear it all the time, don't hear it at all. So the explanation cannot be all that is to it.

This is where the emotions come into play.1

0The brain is exposed to millions of bits of information every second. But as you are reading this, you are unlikely to be aware of much else, apart from the words you are reading.

How does this work?

The brain has filters which determines what gets brought to conscious attention and what can be safely ignored.

One rule of these brain filters is that anything with any negative association may not be ignored.

Tinnitus is often perceived as a negative signal as it annoys and takes away your sense of control.

On top of that the ear is wired directly into the emotional (Lymbic) system of the brain. So the ear has a direct line to the emotions. 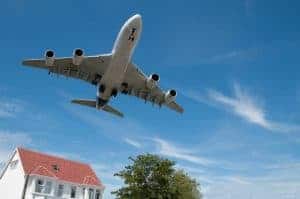 In some cultures noises in the ears or head is seen as a positive experience. It is considered to be the ancestors speaking to you. In these cultures tinnitus is much harder to hear than in cultures where the perception is negative.

It is however very hard to simply ignore the noise in your head.

Ironically the same mechanism of eventually ignoring the noise when moving from the country to the city or when you live right under a major flight path, could be applied to take the unwelcome head noise out of your consciousness. The only thing keeping annoying noise at the forefront is your unconscious emotional reaction to the noise.

So understanding how the brain focusses on this noise is a big step towards reducing its emotional importance.

With this in mind, how do hearing aids help with tinnitus?

Since tinnitus is most commonly caused by hearing loss, many people with hearing loss and tinnitus discover that the amplification provided by hearing aids to correct their hearing loss can often be enough to also successfully manage their reactions to this intrusive noise

This is achieved as the hearing aids increase awareness background sound (which is often reduced with hearing loss which in turn heightens tinnitus perception) and make it easier to hear sounds around us in difficult listening situations (which reduces stress and shifts attention away from the noise in your head).

So while the sound in your head sound is still present, hearing aids shift your focus to other sounds that you usually miss or are less aware of to mask your perception of the noise.

Hearing aids have also proven to be useful in managing tinnitus in people with hearing in the normal range.

In these instances, they are not used to amplify sounds to correct a hearing deficit; rather, they are utilised because they feature a masker.

Not all hearing aid models have this feature, and not all maskers sound the same. Just as with people with hearing loss, maskers can be used to manage reactions to tinnitus by introducing sound (e.g. musical tones, white noise, pink noise, speech noise, relaxation sounds).

The benefit of using a hearing aid masker in lieu of other sound-generating devices is that it is small, discreet and portable. Many basic hearing aids have this feature built in and they are less expensive than some tools used to treat tinnitus exclusively.

Hearing aid maskers can also be used in conjunction with amplification for those with a hearing loss where hearing aid amplification alone isn’t sufficient. However, a masker doesn’t suit everyone – for it to be successful, you must find the type of sound soothing or neutral and your clinician needs to be well versed in tinnitus to set it up correctly.

When it comes to fitting hearing aids to help with tinnitus (with or without hearing loss), it can be worthwhile fitting devices to both ears, even if the noise is only perceived in one ear. While masking the affected side only can be effective, sufferers can often find that they begin to perceive the noise in the other ear. What actually happens in these instances is that the noise has likely been present in both ears all along, but only noticed on the louder side.

By using a hearing aid (with or without masker) effectively on this side, the dominant sound is masked, but the softer noise in the other ear becomes audible.

Stimulating both ears with hearing aids and/or maskers is recommended – once tinnitus goes beyond the inner ear, both ears are connected to each other through the brain, so stimulating the entire auditory system can provide better results.

However, it’s important to be aware that while hearing aids (with or without maskers) can help with tinnitus, they’re not always guaranteed to help. If they are incorrectly selected and fitted, they may actually make the noise in your head worse!

It’s always best to consult an audiologist, who understands tinnitus and hearing aids, so they can recommend some options that best suit your individual circumstances.

Our Approach to tinnitus is highly effective and is based on the neurohysiological approach: https://www.ncbi.nlm.nih.gov/pubmed/8723954