What is Meniere’s Disease?

Meniere's Disease is a debilitating condition that can severely affect your health and well-being.
This article looks at:

Meniere’s disease is a condition first identified by a 19th century French doctor named Prosper Meniere. It affects the inner ear as a result of an abnormal buildup of fluid.

Not surprisingly, this buildup affects balance and, as a result, sufferers experience vertigo and nausea. They also describe their ears feeling blocked or ‘full’. Often their hearing is affected by tinnitus.

What Can Trigger a Meniere's Attack?

Doctors suggest a number of things which may trigger an attack. These can include:

What Are Some of Meniere's Disease Symptoms? 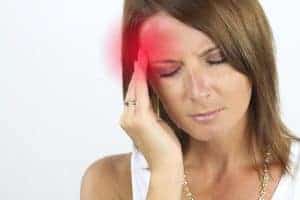 Unfortunately, there is no cure for Meniere's Disease but there are some things you might be able to do to lessen symptoms.

One of the challenges in accurately diagnosing Meniere’s disease is that there are a wide number of triggers and symptoms. Some people might display few symptoms, others might have some or even many of these:

The symptoms can worsen to main debilitating :

Meniere’s disease is most commonly reported  by people aged in their forties and fifties, although it can happen to anyone at any age.

Some people have the condition in one ear only; others in both.

Some sufferers can go many years without an attack; others may be stricken every few weeks . Sometimes the symptoms are mild, at other times they can be severe, leaving the sufferer bedridden.

Typically attacks are between two to four hours in duration.

Is There A Cure?

Unfortunately there is no cure for the condition, but there are some things people can do to help alleviate their symptoms.

Reasons for a Meniere’s attack are as diverse as their sufferers, but some people have found a measure of relief following these recommendations:

Of the two Meniere’s major and most debilitating conditions, vertigo and tinnitus, vertigo can be successfully treated with anti-nausea medicines and antihistamines. Tinnitus is a little more challenging to deal with.

Although the attacks of vertigo may decline with time, the hearing loss and tinnitus generally persist.

The good new is hearing aids may provide some significant benefits. They can be used to reduce the loudness of the head noise. Loud tinnitus is much more annoying than soft.

Hearing aids can give you a sense of control over the noises in your head. Using a masking function you can drown out the annoying noise when you choose.

This is why it is also important to have a speech in noise test as part of your hearing assessment.

Value Hearing cares about you and your on-going hearing health. We have articles on other causes of hearing loss here.