This is part 2 of Christo's April EarTalk webinar transcript. You can find the full video here.

Okay, the next set of questions comes to what to expect from hearing aids once you have them.

When it comes to managing hearing aids as a new user, it's important to know that, like any other skill, it's one you need to learn.

You need to be able to put the hearing aid in your ear, take it out and be able to clean it.

Hearing aids get a lot of dust and dirt, and also wax blocking the little end that goes into your ear, so you need to learn to manage that but we don't expect you to learn that straight away.

Typically, what happens is when you’re fitted with the hearing aids first time, the clinician goes through the management. They will help you practice putting the hearing aid in and taking it out. They will show you how to clean it.

But, as adults, we always need to revisit certain things to remember them. That is why a follow-up important appointment is important. In this case, the clinician will get you back a couple of weeks after you first got the hearing aids, and revisit those things making sure you're able to manage and care for them yourself.

It might look very complex when you first see hearing aids, but we've got very elderly people managing it quite comfortably, as well as very young ones.

And, your clinician is trained to help you find the easiest way for you to do that in an ongoing manner, like with anything else. 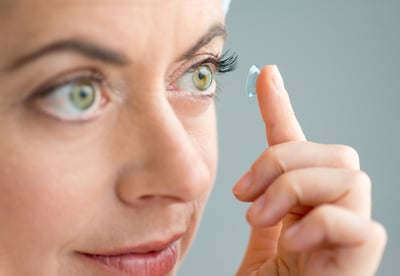 I remember when I  got my first contact lenses. It took me an hour to get the first lens in. My right eye was swollen and red, and then I still had the left one to go. Now it just takes a few seconds to do - so like with anything, practice makes perfect.

Sound is another thing that takes some getting used to, because in many cases your brain has been without those particular sounds for years, or even decades.

Essentially we don't hear with the ear, we hear of the brain. So if you suddenly go from not hearing high-pitched sounds, for instance, and you get given all those high-pitched sounds in one go, things start sounding very odd and you might say, ‘this is not right’.

The thing is here, your brain has lost some of the connections that used to deal with those new sounds, and now that we're giving the brain the sound back, it's got to reform those connections.

So, exposure to those new sounds will help the brain adjust to the sound over time.

There are two kinds of sounds that you need to get used to.

The first is your own voice. Your own voice could sound boomy or hollow, or even sharp, tinny, or harsh and that is simply because when we speak, most of the sound and energy of the voice comes through the skull and out the mouth.

When you're wearing hearing aids, the sound that reflects off the walls is also coming in your ears as they normally do, but with hearing loss you didn't hear those sounds coming back at you, so that creates the sense of a bit of delay in the speech which might make it sound like echo.

The thing is, normal hearing people hear that same echo, but their brain is expecting it. In your case, you're not expecting it. So very often, it's just a matter of getting used to it over time, quite gradually and you'll find it disappear. 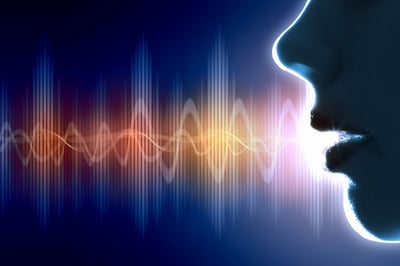 There is, however, a very fine line between hearing, and being overwhelmed by what you hear. If it's so excessive, that you cannot listen to what people are saying because it's so distracting, it's not going to be helpful, so it's important to communicate with your clinician and tell them if you can't stand it so they can make some temporary adjustments to help you get used to it.

They will try to get that additional volume for you at a later stage.

That also relates to sounds around you. It's surprising how many people are surprised their footsteps actually make sound when they wear hearing aids. Men going to the toilet can often comment on how tinny that sounds. You can hear the birds singing outside, the wind blowing all sorts of things which can be quite intrusive if you learn to accept that the world is a quiet place.

Again, it's important you use the hearing aids so the brain can learn to rearrange all those sounds so that overwhelm dissipates for you.

Comfort is another thing, particularly with the new type of hearing aids which is just a rubber tip going in the ear and a little wire sitting in the loop of the ear.

Initially that may itch a bit, but like anything else, your body is just telling you there's something new, which there obviously is. Over time, the whole hearing aid part that sits in the ear softens a bit and it becomes a lot more comfortable.

Being aware of the hearing aid initially is perfectly normal and it passes really, really quickly - a couple of days at most.

However, if you have an issue that tends to get worse over time, rather than improve, that is when you need to speak to your clinician and they need to find a more comfortable solution for you. Because a hearing aid that's not comfortable in the long run is one of the main reasons hearing aids end up in the drawer so get that addressed.

Typically the clinician has up to three months from the manufacturer to get that issue resolved for you for free, so it's important to address that straight away and not wait for months before you bring up the issue.

What a hearing aid does is delivers all the sound to your brain so you can hear, but you've learned to not listen and you've also learned that you can't trust your ears.

We often see new users, or particularly their spouses, still complain, ‘he still says, “hey, what did you say?” or he still asks for repetition’. This is simply because he actually heard what was being said but he couldn't believe it, so he didn't trust his hearing.

Again, with exposure over time, the more you know that you're hearing things correctly, the more that trust will improve, and the less the habit of saying, ‘what did you say?’ will recur because you're breaking that habit of just asking for a repetition as a standard.

By wearing hearing aids, and so getting used to the new normal, is also a matter of forming habits and that is why we personally choose to initially set hearing aids as comfortable as possible, compared to the older strategy of trying to give you all the sound we could possibly give you to give you the most audibility.

The problem is trying to blast you with all that sound often means things are uncomfortable. The strategy then used to be that we tell you to wear your hearing aids a little bit more every day. The problem I have with that approach, is that it doesn't form a habit because, day one and two you might be wearing at an hour and then expanding it by an hour a day but you're not really forming a habit of putting in your ears in the morning and taking it out in the evening.

Our approach is keep things calm, and keep them comfortable, so you can actually wear them all day long, and then through the follow-up process gradually tweak the sound up so it's always comfortable but always pushing towards that better audibility that in time you can hear properly but you can get benefit from the hearing aid all day long immediately.

This is something to discuss with your clinician as to how they approach this particular common issue.